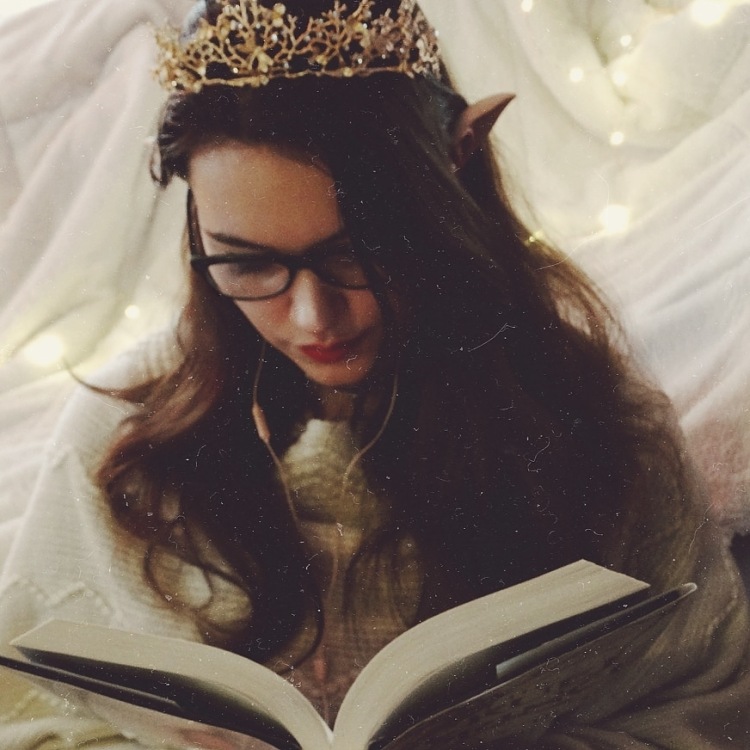 2018 was a year full of wonderful stories. In all honesty there weren’t many books I gave less than 3 stars to but this post is to celebrate the books that went above and beyond all the rest.

Here are my top 10 favorite books of 2018 in descending order!

10. The Drawing of Three by Stephen King

This past year I read a ton of really great sequels (you’ll see more  of them in this list!) and I’m starting off my top 10 with book #2 of the Dark Tower series. In this one, we zoom out from the scope of Roland and instead focus on two new companions: Eddie and Odetta. This gang of travelers is so much fun to follow as everyone has their own complex personalities and back stories.

9. Strange the Dreamer by Laini Taylor

Taylor’s writing is such a pleasure to read with how imaginative and lyrical it is. It was so easy to get lost in the stories of Lazlo and Sarai; even the side characters were gripping and likable (with maybe one or two exceptions). This one was incredibly memorable and by the end I was pining for the sequel.

8. The Wicked Deep by Shae Ernshaw

I read this whole book over the course of a single day because I just couldn’t bear to put it down. This is a hell of a debut novel and I applaud Ernshaw for her ability to weave together a gripping story with such dark themes. Sparrow feels like a real place (that I’d probably stick to admiring from afar) with its self contained culture and traditions regarding the Swan sisters. The mystery will suck you in and hold you hostage, keeping its final secrets until the very end so that when you do uncover them it feels all the more impactful and surprising. I absolutely can’t want for Ernshaw’s future projects.

7. Siege and Storm by Leigh Bardugo

Another sequel! This time we’re dealing with the Grisha series, which I experienced for the first time this year. I enjoyed the first book a lot but I often found the main character annoying and the romantic options questionable. I thought this sequel improved upon her character a lot and really amped up the stakes. Unfortunately the third and final book fell very flat for me (those romantic interests came back to disappoint me) but I’ll be discussing that in my Most Disappointing Boooks of 2018 post.

6. Dreams of Gods and Monsters by Laini Taylor

This is the final book in the Daughter of Smoke and Bone trilogy and I needed therapy after this one. The story took me through the entire spectrum of emotions and culminated in this tome where loose ends are tied up, some friends are lost and others are found but no one remains unchanged by the harrowing events they’ve lived through. This was a beautiful end to an unforgettable story.

This book promises a bloodthirsty story set in a mysterious land and I was not disappointed. Fennbirn is such an enchanting island with its lore that goes back centuries. Arsinoe, Katharine, and Mirabella are all interesting characters for their own reasons and I had so much fun flip flopping between who I wanted to root for. I think one of the most entertaining aspects of this book, and the following books in this series are all the whiplash inducing plot twists. This series is like an M. Night Shyamalan movie and I can’t wait to see how it all wraps up in the end.

I first fell in love with Miller’s storytelling in the Song of Achilles which still remains an all time favorite of mine to this day. She is a master at bringing mythology to life and putting her own twists on it to keep things interesting and original. You’ll believe that her versions of events are canon (is mythology canon a thing?) by the end of it, and Circe is no different. I had always imagined Circe as a cold, unfeeling sorceress who was a bit more interesting than other minor deities but far less interesting than the 12 Olympians. Now I’m hoping Miller writes all of the lesser known mythological figures out of the shadows.

Now this one was a real surprise. I picked this book up because I heard “group of female assassins” and “genderbent Beowulf” and I just had to read it. I only realized after I had finished it that this was the same author who wrote Between the Devil and the Deep Blue Sea which I absolutely loathed. I have no idea what happened between that book and this one but I’m glad it did because this story was a treat. Now I’ve never read Beowulf to be fair so I can’t speak to how good or bad of an adaptation it is. But as its own story  in the magical Vorseland populated by sea witches and marsh queens, I thought this was a home run. I came to love all of the main cast and had a serious fondness and appreciation for the secondary characters too. I don’t know if this is supposed to become a series or not but I seriously hope it does.

2. The Golden Compass by Philip Pullman

I was enchanted by Lyra’s world from the beginning. The concept of parallel worlds and daemons really hit me in the childhood-wonder nerve. Pullman seamlessly weaves deep themes into this coming of age story about a girl trying to find family and a place of her own in the world (or worlds). Lyra might be one of my favorite protagonists of all time and I had such a blast following her on her adventures.

1. The Daughter of Smoke and Bone by Laini Taylor

I’ve talked about this book so much since I’ve read it but it’s my number one pick of 2018 for a reason. In all honesty I don’t want to hype it up much more than I already have because I had zero expectations whatsoever going into it myself and I want others to have the experience that I did. To keep this brief, let me just say that there is so much more in these pages than I ever anticipated. This is a story about family and it’s a story about war and how the two must struggle to coexist. Everyone has lost something and everyone is struggling to deal with that loss in their own way. Sometimes horrible things must come to pass in order to make way for peace and prosperity. Karou taught me to always persevere, especially when faced with adversity and that hope will always find a way.
So what were your favorite books of 2018? Have you read any of mine? Let me know in the comments, and as always thank you for reading and I’ll see you next time.