As promised, here is part II of my new little blogging series I’ve titled Rapid Fire Book Reviews. If you missed part I you can catch up here.

With this installment I’ll be nearly caught up with all the book reviews I was behind on. However, I’m thinking of making this an ongoing thing for books I don’t have strong feelings for. So maybe instead of doing short, separate mini reviews, I’ll just compile them like this. Let me know in the comments if you’d be interested in more rapid fire reviews, or if you’d prefer I keep them individual going forward.

And one more thing before we jump in– keep in mind that these are just my opinions. You’re allowed to like or dislike any book, it’s okay to disagree! Now that that’s out of the way, let’s get started! 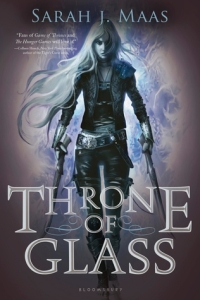 This was my third time reading this book and it still holds up just as well as the first time. I’ve said it before but I’ll say it again, of all the Maas books I’ve read this one is my favorite– no contest. I’m kind of a sucker for the whole life-or-death competition thing (ex: The Long Walk, Battle Royale) and Throne of Glass does this concept really well. The story is compelling all the way through, the characters are likable, especially Celaena and Chaol, and the world of Erelia is unique and original. I took one star away because I find love triangles exasperating and this one wasn’t anything new or transformative. 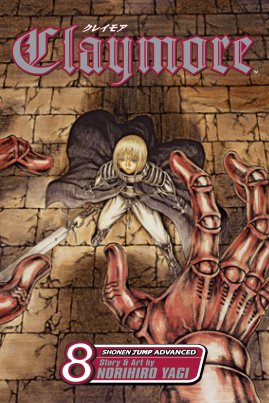 As always, the artwork is incredible. Nearly every individual panel is worth taking a few seconds to appreciate, especially the ones that depict the awakened beings. I really enjoyed the conclusion to Ophelia’s arc since she’s one of the most interesting Claymores we’ve met thus far. I found the second half of this volume more compelling in manga form than in the anime adaptation. Galatea is another really cool character whose motives remain rather mysterious and I was happy to see that she had a fairly significant role. Jean is best girl (besides Clare) and Riful is an effectively disarming villain. Not the best volume I’ve read so far, but still very enjoyable.

Claymore vol. 9: The Deep Abyss of Purgatory  by Norihiro Yagi 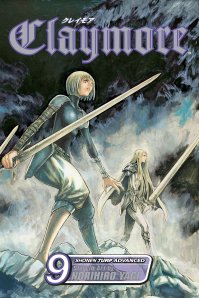 More breathtaking artwork of super original awakened beings. You know how some manga have really awkward art styles but you don’t think about it too hard because the story is good? Claymore’s story is super good AND the panel art is too.

Jean, Galatea, and Clare have great chemistry together; they’re probably my favorite Claymore team so far. I loved the eldritch horror that Riful exudes in this volume. Her exit from the story is very unsettling as far as the implications it sets for awakened beings.

The battle in the north has not been the most compelling battle so far in my opinion, which is sort of a shame since so many great characters from previous volumes resurfaced to team up. Even so, I’m looking forward to seeing where things go from here. 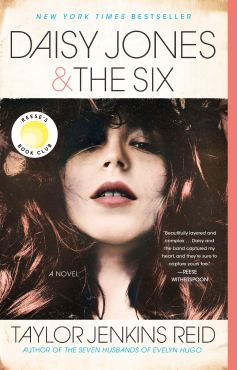 A massive round of applause to Reid for completely convincing me that this fictional band from the 70’s was real, despite me reading numerous Goodreads reviews that said exactly this before I even opened up to the first page.

Each band member is fleshed out and their relationships are explored in depth so you really get a feel for all the complex events that brought everyone together and inevitably split them up.

We get some really great messages about female empowerment through Daisy Jones herself. She absolutely refuses to sit back and be some other artist’s muse even though she’s given multiple opportunities to do just that. She’s not perfect by any means, no one in this book is, but I love that. It’s the raw humanity of everyone in this story, their dramatic ups and downs that make them so real and sympathetic.
This book is absolutely a masterpiece and you should check it out.

The Dream Thieves by Maggie Stiefvater 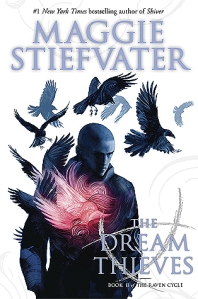 By the end of The Raven Boys I was infatuated with Ronan and Adam. I think they’re the most interesting and complex characters (so far at least) and so I couldn’t be happier that this sequel focuses primarily on the two of them.

The story itself doesn’t really go all that far in this one but I didn’t mind since I’m a fan of character driven narratives to begin with.

I listened to The Dream Thieves on audiobook and like The Raven Boys, it was narrated by Will Patton who does a marvelous job. He had me entranced the entire time so that I was actually looking forward to my commutes to and from work every day. He makes each voice unique and really gives that extra depth to their characters. In particular, his performances of Ronan and Kavinsky had me rewinding parts so I could listen to them again. Just brilliant.

The Wicked King by Holly Black 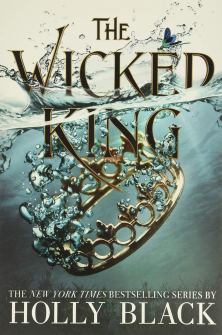 My introduction into the genius that is a Holly Black faerie tale was The Cruel Prince and I’ve been pining for its sequel since January 2018. These are books that have received an insane amount of hype and so I try to always check my expectations at the door.
Still, I was blown away by The Wicked King. I picked it up one morning thinking I’d read a chapter and go about my day off like I would any other day. Seven hours later I was still sitting on my couch with 50 pages left to go.

The twists and turns were enough to give me whiplash. I was so distraught over the fate of the characters by the end that I spent the rest of my evening with a thick blanket wrapped around me as a stared wistfully out the window. Unable to eat or sleep or do anything but agonize over the wait for Queen of Nothing.

As a side note, I’m not often convinced by YA romances these days, I can honestly take it or leave it if the plot is enough to keep me interested. But man, Jude and Cardan had me feeling some kind of way and I’m dying to see how things are resolved in the finale. 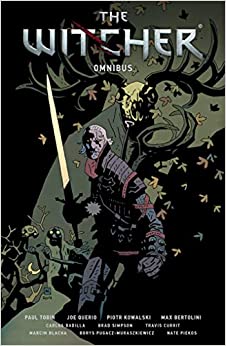 I’ve been infatuated with the world of Sapkowski’s The Witcher ever since I played Wild Hunt for the first time last summer. Upon finishing that, I snapped up The Last Wish and tore through it, loving every second.

Geralt of Rivia is a capital “B” Badass and I’ve had so much fun following his adventures in this volume, killing monsters and meeting memorable characters– some of whom are easily recognizable from the games and books like Ciri and Yennefer.

This comic book collection is awesome. Insanely heavy (I was losing circulation in my legs when I had it sitting in my lap), but awesome. The art style varies quite a bit depending on the story of course– some are rougher looking than others, but I really liked all of them. The Fox Children and Curse of Crows were particularly striking visually. 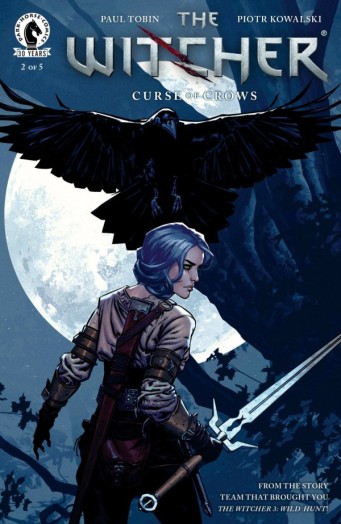 This is an easy recommendation for any and all Witcher fans out there. 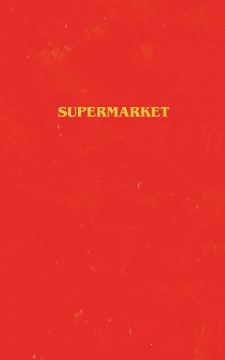 Alright so… I like Logic. I think he’s a very talented rapper. When I heard he had published a book I was both surprised and intrigued! Clearly, this guy has a way with words, I wondered how well he could piece together a full narrative.
Apparently, not that well.

Supermarket feels like something I wrote after I read Chuck Palahniuk’s Fight Club for the first time at age 14. It’s a very annoying blend of pretentious and edgy and it has approximately nothing of value to say.

I was willing to forget the rather weak and simplistic writing because I thought the story was going somewhere for a second. Hall was setting up some characters that had the potential to be really interesting. And then it went exactly where I feared it was going to, and the ending was even worse than I assumed it would be.

I finished Supermarket feeling like I’d just wasted a few precious hours of my life that I could’ve spent reading something else. 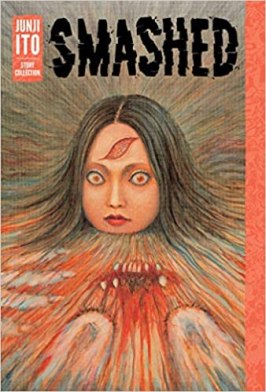 It breaks my hear to say that I was underwhelmed by this collection. Junji Ito is one of my favorite manga artists. I think Tomie and Uzumaki are genius and it’s because of them that I began collecting any and all Ito that I could get my hands on.
The last book of his I bought was Dissolving Classroom that I was also super disappointed by. So it’s a real shame that I just haven’t been clicking with his work lately.

In this collection I liked “Roar”, for its original and very creepy concept and I liked The “Mystery of the Haunted House” for its disturbing visuals that Ito does so well. Aside from those two though, I found this book very meh.

Oh well, I’ll go reread Junji Ito’s Cat Diary (one of the funniest manga I’ve ever laid eyes on) and wait for his next work to come out.

And I Darken by Kiersten White 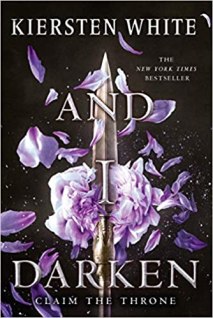 As soon as I heard “Vlad the Impaler retelling but he’s a girl instead” I was sold. I absolutely live for savage, morally gray characters, especially girls and especially in YA– a genre that I think could stand to sharpen its teeth just a little.

And I Darken was a good book. I really enjoyed Ladislav as a character and I found the complex dynamic she has with her younger brother very interesting. This is also probably the only book I’ve read where I found the love triangle trope done in such an original and actually interesting way.

There were a lot of parts that dragged for me though. There were also times where the romantic drama got to be kind of annoying.

I plan to continue with the series but it’s not a top priority at the moment.

Let Love Have the Last Word by Common 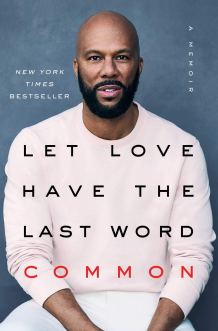 I’m not interested in memoirs generally, but I had to pick this one up since I’m such a fan of Common’s music.

In Let Love Have the Last Word, Common opens up on a very personal level about his own findings on love through introspection. He discusses his relationships with his mother and daughter and how at times he has struggled to be a good son and father.

There are some very profound messages to take away from this book. Namely that choosing love is an active and noble goal. Sometimes in life it is hard to be loving– to ourselves and to others, but that is all the more reason why we should strive to do better.

Have you read any of these books? What were your thoughts on them? Let me know in the comments and thank you so much for reading.

Have a magical Monday.