Just a reminder in case you’re unaware, I’m participating in this Top 3 Thursday meme started by Mel from acosyreader! I’ve done this challenge twice already so if you’re interested, my top 3 bookish foods post is here and my top 3 minor characters post is here!

So…I’m really bad at reading series. I love them but I’m horrible at keeping up with them. It always ends up that while I’m waiting to get the next book in a series, I pick something else up and five months go by just like that. So while I have a lot of partially finished series I’m enjoying, I’m only going to include series I’ve finished.

Was this a surprise? I knew about halfway through the sequel that this was going to be an all time favorite series of mine. I very recently reviewed the trilogy as a whole as well as the first book by itself.

This book series honestly shaped me as a child. It was one of the first series I ever became super obsessed with and I still think of it fondly. The second and third books aren’t fantastic in my opinion but they’re still very good. The fourth book, again in my opinion, is basically a masterpiece. I’m currently rereading this series with a good friend of mine from Bookstagram so I’ll hopefully have a series review up in the next few weeks. 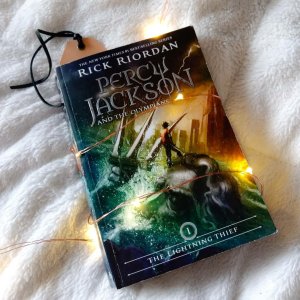 This is actually a manga series! I have a long history with these books as I got the first two volumes when I was 12 (definitely not age appropriate) and I spent years waiting for the rest of them to be translated into English. I now have the completed story, all 18 volumes, which makes it the only manga series of which I own every volume (besides Beast Master which only has two volumes).

I’m not sure I would necessarily recommend this series nowadays since the story and characters are kinda problematic. The themes are pretty hetero and I could see why people would have issues reading this. That being said it’s still very near and dear to my heart because it offered me an escape during some pretty hard times.

What are your favorite book series?